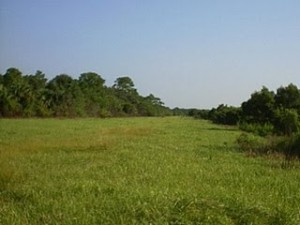 From my Wilderness Journal
FIRST TIME AT BIG CYPRESS NWR  1998 (Part One)
That magic weekend was rapidly approaching. Long awaited. Long overdue. I decided that the directions, as poor as they were, were better than nothing! My newest exploratory spot was to be Big Cypress National Wildlife Reserve in the Florida Everglades. I googled this place to get some stats on it, and maybe a map. I quickly found out that this Wildlife Management Area was 729,000 acres! That’s a hell of a lot of acreage by anyone’s standards. I was certainly impressed. My directions were to get on I-95 till I reached I-595. I was then to stay on this highway until I saw a sign that said “To Naples” and stay on it until I have to pay a toll. After that, it’s I-75. Alligator Alley all the way to Collier County! Approximately ½ hour later, I was to locate a blue Rest Stop sign, and get off at its entrance, and proceed to the Stop. I parked my car and went forth. Only the directions said to backtrack along the service road fence until I see a special one way opening door, along the fence line.
About a quarter mile later I found the entrance in. I was psyched with excitement and anticipation of what lay ahead. And that little adrenalin high when you made a discovery.
Now where’s my darn camera?